A guide on how to complete the Opportunity Isle quest in Lost Ark. 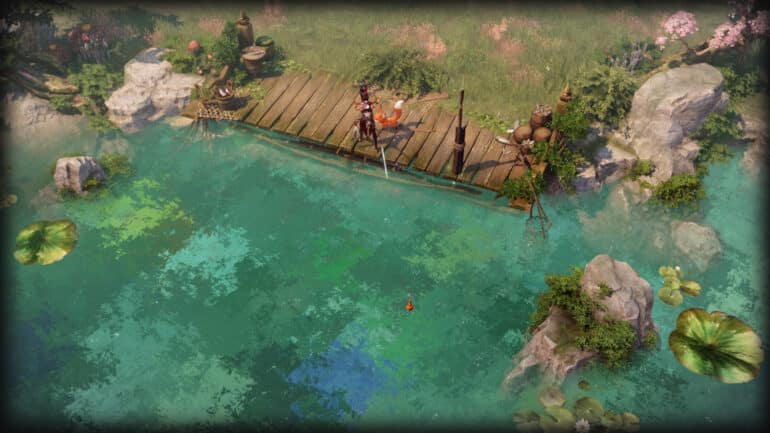 Opportunity Isle is one of the Adventure Islands in rotation within the seas of Lost Ark. In this island, players will be able to join and compete in a mini fishing competition to see which one can catch the most number of fishes. It’s a fairly easy and competitive quest to do, but it’s one that requires luck and bit of preparation to be able to get the island’s most prized possession.

Where is the Opportunity Isle Located in Lost Ark?

Opportunity Isle can be found northwest of Arthetine between the Fugitive Island and the Tooki Island. This island is only accessible via sailing and is only open on certain days of the week. You can check your Procyon’s Compass to know which islands are open for a visit for the day, or you can also check with the in-game calendar to see what dates Opportunity Isle will be open.

How to get to the Opportunity Isle in Lost Ark?

The Opportunity Isle in Lost Ark is not a secret island, but the fact that its entry is tied to a Calendar Event means that the players cannot dock there whenever they wish. To enter the Opportunity Isle, the average item level recommended is ilvl 250, which is quite usual for a level 50 player at this point.

What’s in the Opportunity Isle in Lost Ark?

It is understandable that the island’s combat is being overshadowed by other activities, but it should not be dismissed completely. Excellent rewards are available, and they are rather simple to acquire.

There are numerous fishing sites on the island, and its adventure quest will also place you in a fishing tournament, the outcome of which will determine whether or not you receive the Opportunity Isle Island Token.

How to prepare for the Opportunity Isle Fishing Contest?

Make sure that you have your best fishing pole equipped and that it has full durability. The best fishing pole to get is one that has a high Fishing Casting Level (max Lv.10) so that fishes will appear faster per cast.

The Trade Skill Tool Merchant on Opportunity isle offers Novice Tools, so you can get a new Fishing Tool for 1,500 silver pieces if your old one breaks off while you’re out fishing.

Level up your Fishing Trade Skill

As you level up your Fishing Trade Skill, your Master of Fishing passive skill will also improve which speeds up your float fishing.

How to join the Opportunity Isle Fishing Contest?

Simply go to the island and talk to the first NPC which will require you to sign a document. This will start the quest called “Catch the Golden Crucian Carp”. Once done, head on to the boat that will transport you to a bigger island where the fishing spots are at. Head towards any fishing spot in the island and wait for the event to start.

The contest lasts 25 minutes, but it also has a catch limit of 250 golden fishes caught in total by all of the participants of the contest. Whoever gets the most fishes when the time is up or when the catch limit is reached will be declared the winner.

The best approach to win the Opportunity Isle Quest: Catch the Golden Crucian Carp, a simple approach to get a leg up on the competition, is to catch a few fishes before the contest begins and keeping them in your inventory. To catch more fish before the contest can also improve your Fishing level altogether.

Depending on the score ranking at the end of the contest, players will get different amounts of Angler’s Pouches and Silver.

How to get the Opportunity Isle Island Token?

Players can get the chance to obtain the Opportunity Isle Island Token from the Angler’s Pouch given for participating in the Fishing Contest.

There’s a good chance you’ll have to repeat the co-op quest in order to receive the island token of the Opportunity Isle because it’s only available as random prize from co-op missions. In case you don’t get the token, you can try competing in the fishing contest again on the next day the island becomes available once more.

As with the Drumbeat Island, you’ll need to keep an eye on the events compass on the left side of the game screen to see when the island makes an appearance. It’s impossible to forecast when it will show up because the schedule is constantly changing. When you’re playing, all you have to do is keep an eye on the time.

Listed below are the actions necessary to obtain the island token for the Opportunity Isle:

There is also a quest chain within Opportunity Isle that you can complete for additional rewards.

You will receive an Angler’s Pouch and 600 Silver coins for completing the Opportunity Isle Quest: Catch the Golden Crucian Carp Co-Op mission. The higher your rank, the more silver and Angler’s Pouches you can get, and you can earn as many as three Angler’s Pouches if you win first place.

Other rewards for completing the Opportunity Isle questline include one point of Courage virtue, 30,000 silver, and a variety of engraving recipes in addition to the Island Token. If you obtain the Island Token after opening a Pouch, you will be able to depart the Isle with certainty because you will have completed its content, and last but not the least is that you will have also obtained the Opportunity Isle’s Mokoko seed.

Obtain the Mokoko Seed by completing the fishing contest objective first, then travel to the westernmost point on the island’s map, and jump on the big rock to locate and collect the Mokoko Seed.

Check out this video by RaZzi about the Opportunity Isle Fishing Contest: